//
you're reading...
The Straits Times 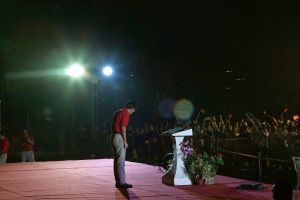 What might be a plausible hypothesis on the role of social media is that engagement is perceived to be a given by the voter, also evidenced by the increased activity on the part of the PAP and its candidates.

A poor commentary about the supposed impact of social media was published after the general elections in 2015, and I argued that additional research and hypotheses were needed before any reasonable conclusions could be made.

Read “#GE2015: Reductive Analyses Of Social Media” (a version of the article was also published in The Straits Times), and here’s a short excerpt:

“Without meaningful information about data usage and content publication during the campaign period or the perceptions of Internet users on political content, analysts who seek to explain a “social media effect” following the recent general elections appear to be grasping at straws. And few of these analysts also account for the diverse motivations which influence the way Singaporeans consume or make use of content available on online platforms.

One of these recent arguments is that “the rise of social media may have eclipsed the importance of voting the opposition into parliament because social media has provided an effective means for individual Singaporeans to speak their views directly to those in power” (ST, Sept. 16). First, it seems unlikely for individuals to have assumed that their freedom to articulate perspectives on the Internet is equivalent to – or as effective as – questions or motions raised by parliamentarians. Second, it is not necessarily true that members of parliament and ministers of the People’s Action Party (PAP) are “accessible round the clock via their Facebook pages”. If “accessible” means the ability to post or send messages, then yes; but there is no guarantee that these messages or feedback would be attended to.”

A man of knowledge lives by acting, not by thinking about acting. Carlos Castaneda.
View all posts by guanyinmiao »
« Philip E. Tetlock And Dan Gardner’s “Superforecasting: The Art And Science Of Prediction”
More Than Just Platitudes To Help Displaced Singaporeans »