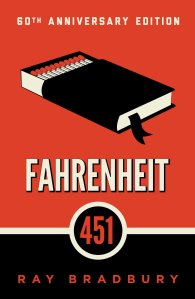 Covering the related themes of literature and literacy, book-burning censorship, as well as consumption of the mass media, Ray Bradbury’s “Fahrenheit 451” is a dystopian novel which follows fireman Guy Montag, whose job is not to fight or to put out fires, but instead to burn books. The plot across the three parts moves quickly, and even though some segments – such as those with former English professor Faber and with the drifters towards the end – could have been extended, the blend of narrative tension and action help illuminate these social commentaries. In particular, the internal tension Montag grapples with (especially after meeting Clarisse McClellan) and the external tension he has with his wife Mildred Montag and his fire chief Captain Beatty compels readers to put themselves in his shoes.

Hardboiled private investigator Philip Marlowe – who ploughs through violence and sexual tension, and who complements his sharp observation skills and intelligence with violence too – is the protagonist of Raymond Chandler’s “The Long Goodbye”, and written from his point of view the novel begins with and centres on his friendship with a scarred (physically and emotionally) Terry Lennox. And in his subsequent run-ins with the police, thugs and gangsters, as well as members of the high society, Marlowe is resolved in his convictions and methodical with his investigations, resulting in a fast-moving plot which moves the reader speedily from one action scene or climax to another.

Against the background of the migrant or refugee crisis – and especially the socio-political backlash across cities in the West – Mohsin Hamid’s “Exit West” revolves around the lives of two working students, interspersed with tangentially related stories of other lives around the world. Nadia and Saeed start from an unidentified city where they have grown up in and which eventually becomes the site of violence between the government and unidentified militants, moving to Mykonos, Greece, to London, the United Kingdom, and then to San Francisco, the United States (geographically to the West). The unique catch is that instead of using traditional air, sea, or land migration passages across cities, they move through doors which link different locations to one another.

Robert A. Heinlein’s “The Moon is a Harsh Mistress”

The science fiction novels which I have enjoyed the most often place greater emphasis on socio-political or cultural dynamics vis-à-vis technological advances or the extraterrestrial, and in this vein Robert A. Heinlein’s “The Moon is a Harsh Mistress” does a great job of describing the politics and society of future human societies on the Earth and the Moon. Of the three parts of the book, the first and third happen on the Moon, or Luna, which is used as a penal colony by the Earth, though most of the inhabitants – living in underground cities – are descendants of criminals or political exiles. The second part happens on Earth, where protagonists Mannie (who is also the narrator) and Professor de la Paz plead their case for Luna’s independence to the Federated Nations, after the overthrow of the Warden, the Lunar Authority’s Protector.

Centred on the two struggling female protagonists – Mariam and Laila – their struggles, and their relationships, Khaled Hosseini’s “A Thousand Splendid Suns” is depressing and frustrating, and moreover the perpetual violence and obstacles thrown in the way of Mariam and Laila also create a feeling of helplessness. Their largely miserable lives, especially their marriages to the abusive antagonist Rasheed, are set against and interwoven with the historical backdrop of the Soviet-Afghan War, the implications of a history of invasions, as well as the many civil wars and the emergence of the Taliban (who remain a threat in the country today).

Kazuo Ishiguro’s “The Remains of the Day”

Halfway through the book, I described it as slow and boring. Because after all, Kazuo Ishiguro’s “The Remains of the Day” is ostensibly a tale of an English butler – Mr. Stevens – and in particular of his professional life at Darlington House in service of Lord Darlington, and of his personal relationship with the house’s housekeeper, Miss Kenton. The main narrative is Mr. Stevens’s six-day road trip through the West Country of England to eventually meet with Miss Kenton, and since the journey is told from his first-hand perspective the chapters read as journal entries. His introspective, stream-of-consciousness recollections are interwoven with details of his road trip, and through them the reader learns more about the butler profession, Lord Darlington’s efforts toward talks between English and German diplomats, as well as Stevens’s relations with his father and Miss Kenton.

Unlike the conventional science fiction novels I am familiar with – oftentimes focused on technological advances and life on other planets, accessed through space or time travel – Ursula K. Le Guin’s “The Left Hand of Darkness” places greater emphasis on socio-cultural differences, and in particular that of the themes relating to sex and gender as well as to patriotism or nationalism. In fact the planet of Gethen and its two major nations of Karhide and Orgoreyn, the setting of the book, is technologically more backward compared to Earth and its human civilisation. And it is on Gethen that protagonist Genly Ai lands, inviting the planet to join a coalition of humanoid worlds.

An imaginative and thoroughly engaging fantasy novel, Erin Morgenstern’s “The Night Circus” ostensibly revolves around the rivalry of two powerful magicians, Prospero the Enchanter and the Mr. A.H-, but the competition between their respective protégés Celia Bowen and Marco Alisdair – which happens in The Circus of Dreams, or Le Cirque des Rêves, a travelling circus which only opens from sunset to sunrise – serves not only as a conduit for the development of different relationships, but also as a site for the reader to be continuously enthralled. In addition to the intricate descriptions of the performances and the wonders housed in the ever-growing number of circus tents, the themes of time and timing are emphasised through the non-linear narrative and multiple character perspectives.

Since markets opened in 1978, and as China has lifted more than 500 million of its people out of extreme poverty, the three oft-cited theories to explain this phenomenon of extraordinary state-led growth are the modernisation theory (that economic growth leads to good governance), the theory about good institutions theory (that good governance leads to economic growth), and history as the cause of good governance or state capacity. These theories are alluded to – and dismissed too, since neither economic growth nor good governance is said to come first in development – in the beginning of Yuen Yuen Ang’s “How China Escaped the Poverty Trap”, because her central thesis is that successful development (in China) was the result of a co-evolutionary process, with states and markets interacting and adapting to each other.

Roland Huntford’s “Race for the South Pole: The Expedition Diaries of Scott and Amundsen”

I have always been fascinated by stories of human exploration and endurance, and in particular the 1911 to 1912 race to be the first to reach the geographic South Pole – between the expeditions led by Norwegian Roald Amundsen and British Robert Falcon Scott – was riveting. Even though Amundsen was the first to do so successfully, the tragic demise of Scott and his Terra Nova expedition received comparatively more attention in the aftermath and in the decades after, especially in the United Kingdom. Roland Huntford’s “Race for the South Pole: The Expedition Diaries of Scott and Amundsen”, however, is not only critical of these attempts to rehabilitate Scott’s reputation, but by drawing directly from the unedited diaries of the two expeditions contrasts how the two men prepared for the gruelling journey, laboured to prepared, as well as chose and treated their teams.

Henry Marsh’s “Do No Harm: Stories of Life, Death, and Brain Surgery”

When you first get to know the English neurosurgeon in the first half of his memoir, in Henry Marsh’s “Do No Harm: Stories of Life, Death, and Brain Surgery”, he can seem a little standoffish, arrogant, and self-important (which he, at moments, concedes). In fact, it may feel like the stereotypical description of an established neurosurgeon who thinks too highly of himself, and less so of his subordinates and even of his patients. But in the second half of the book, as he talked about his failures and the ethical dilemmas of the medical profession. “Surgeons find it difficult to admit to making mistakes, to themselves as well as to others”, he reflected, and in the chapters which followed he documented cases of his overconfidence in the operating theatre, of his oversights, and of complications which followed successful operations.

Personal social services, or social welfare – and in particular the editorial back-and-forth in The Straits Times involving three PhD holders who are professionally trained in or intimately involved in social work (Dr. Sudha Nair, Dr. Ng Kok Hoe, and Dr. Mohamad Maliki Osman) – were front-and-centre of Singapore’s national discourse on inequality and its class divide problems earlier this year. Yet these persistent questions about the extent to which the government is responsible for the well-being of society, especially that of the poor and the disadvantaged, as well as how the government should disburse aid and assistance, are not new (even if the questions are gaining more attention in public consciousness). In fact, they are likely to have featured across changing socio-economic and political contexts in Singapore, across the past few decades.

It is easy to hate Philip Yeo and to take issue with his self-assuredness and candour, which is why Peh Shing Huei’s “Neither Civil Nor Servant: The Philip Yeo Story” – despite acknowledging from the start that Yeo can be a divisive character – missed an opportunity to reach out to his naysayers or detractors (that is, those who deem him to be “arrogant”, “combative”, “defiant”, “egoistic”, “too direct”, and “too linear”), and to elicit personal views of his shortcomings or policy missteps. Without the first-hand perspectives of those who disagree with him, the exploration of policy counterfactuals, and his failures, and moreover by presenting him as gung-ho and seemingly infallible, the book appears more eager to preserve a chronological and thematic narrative in which Yeo can do no wrong. Even in the aftermath of controversies, individuals interviewed and quoted in the book would inevitably take his side. 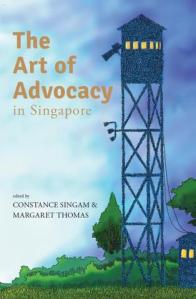 A collection of short essays by Singaporean activists, the quality of Constance Singam and Margaret Thomas’s “The Art of Advocacy in Singapore” therefore varies and further depends on the individual activists and the organisations they represent. The best essays, especially those grouped thematically under animal welfare and heritage / environment, pointed to observable actions and corresponding markets of success, whereas the less impressive ones were too preachy or polemical. While these essays were eager to identify structural problems or to criticise the ruling government, they were less able to articulate perspectives – in a book ostensibly about “the art of advocacy” – about moving from rhetoric to sustainable, effective action.

To read Prof. Kenneth Paul Tan’s “Governing Global-City Singapore: Legacies and Futures after Lee Kuan Yew” against the background of the ongoing discourse on inequality and the class divide (and over personal social services) as well as on Emeritus Senior Minister Goh Chok Tong’s recent comments on ministerial salaries is to recognise that Singapore’s ideologies, largely shaped by a dominant party system – not just its policies – should be the starting point of these discussions. Because policies are guided by assumptions, which are in turn derived from ideologies, and which in the context of Singapore also recursively determines whether an issue is up for discussion.

A man of knowledge lives by acting, not by thinking about acting. Carlos Castaneda.
View all posts by guanyinmiao »
« The Weekly Global Roundup: Busy Week For President Donald Trump (December 17 to 22, 2018)
Education, Employers, And Singapore’s Workaholic Culture »