Posted by guanyinmiao ⋅ January 5, 2017 ⋅ Leave a comment
Filed Under  Amanda Lee Koe, Anand Gopal, Anders Breivik, Art Spiegelman, Åsne Seierstad, Black Flags, Black Flags: The Rise Of ISIS, Comet In Our Sky, Comet In Our Sky: Lim Chin Siong In History, David Leigh, Eli Pariser, Extremely Loud And Incredibly Close, Greg Margolis, ISIS, Joby Warrick, John Steinbeck, Jomo Kwame Sundaram, Jonathan Safran Foer, Julian Assange, Lim Chin Siong, Luke Harding, Marjane Satrapi, Maus, Ministry Of Moral Panic, No Good Men Among The Living, One Of Us, One Of Us: The Story Of Anders Breivik And The Massacre In Norway, Persepolis, Poh Soo Kai, Prisoner Of The State, Prisoner Of The State: The Secret Journal Of Chinese Premier Zhao Ziyang, Ron Haskins, Show Me The Evidence, Show Me The Evidence: Obama’s Fight For Rigour and Results In Social Policy, Siddhartha Mukherjee, Sonny Liew, Taliban, Tan Jing Quee, The Art Of Charlie Chan Hock Chye, The Book Club, The Emperor Of All Maladies, The Emperor Of All Maladies: A Biography Of Cancer, The Filter Bubble, The Filter Bubble: What The Internet Is Hiding From You, The Grapes Of Wrath, WikiLeaks, Zhao Ziyang

A common criticism of “Extremely Loud And Incredibly Close” is the unrealistic or unbelievable representation of Schell, and perhaps even the convenient or predictable conclusion. Parts of the book were indeed long-drawn and tedious (even if the intended effect was for the reader to feel the frustrations and helplessness of the characters, especially the literally voiceless Grandpa), but Schell the child narrator made me chuckle with his quick wit, smile at his intellect, and grieve at his pain.

And in this vein, how Foer can speak to different individuals going through similar episodes is the most crucial. Universality, in other words. Schell’s thoughts and actions – bits and parts of them – function as reminders, moving us in the process. 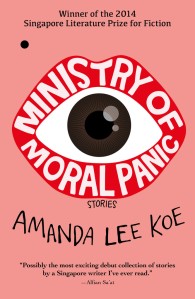 The first thing which struck me was how unconventional the themes in Amanda Lee Koe’s “Ministry of Moral Panic” were, compared to the older short-story collections by other Singaporean writers. Whereas Catherine Lim’s “Little Ironies: Stories of Singapore” and Simon Tay’s “Stand Alone”, for example – texts which I read in high school – centred on the familiar concerns of the education system, the “Singapore Dream”, as well as family expectations and environments, Lee Koe’s 14 short stories not only go beyond to depict concerns of a new generation of Singaporeans, but they are also provocative, even stretching the boundaries of public morality.

Yet telling these stories through the forgotten Charlie Chan Hock Chye is both functional and emotive, in my opinion. Functional, because it allows Liew to frame the different episodes within their own arcs – each with distinctive characteristics – while preserving the chronological progression of the comic book. After all, it traces the unfortunate life story of the unknown Chan, a comic-book artist who never quite makes it, and in the process raises interesting socio-economic questions, like the difficulty of making it as an artist in Singapore and the pragmatic expectations imposed by parents upon their children. And in this sense it is emotive, because while the satirical bits make one roll with laughter, the tale of the resolute Chan is moving and heart-wrenching.

“Persepolis” is meant to be a bildungsroman, eventually detailing her move to Austria and France in 1984 and 1994 respectively, yet the second part of the novel was a little slow-moving, somewhat draggy at points. To an extent the events Satrapi experienced abroad felt repetitive, maybe predictable at times, and almost routine compared to conflict-rife Iran.

Still as a whole, the novel highlighted important themes about conflicts, and more importantly the ramifications of these conflicts: disruptions to personal lives and relationships, changes in society and how transgressions were harshly dealt with, as well as imprisonment, torture, and execution of dissidents. 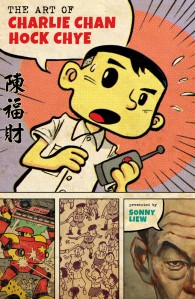 As it usually is when I read comics, I do not necessarily have an appreciation for the illustrations, and so watching Spiegelman’s lecture at Sacred Heart University in 1989 – when he was still working on the second volume of the novel – was helpful. He described layouts of selected pages, paying close attention to the use of visuals across pages and panels. Some of these illustrations and pages include: the distance between individual panels, sandwiching the Auschwitz concentration camp; the timeline of events his father went through; and drawing paths or backdrops in the shape of the swastika. These were details which I initially missed, but which enriched the narratives.

John Steinbeck’s “The Grapes of Wrath”

Things never do look up for the family, and in fact throughout their journey on an old truck along Route 66 to California – the “mother road” which hundreds of thousands take to escape the Dust Bowl – their encounters with the other migrants provide further clues to the prejudice, frustration, and exploitation they would face (for instance, describing the people from Oklahoma as “Okies”). Deaths and separations are, unfortunately, common features too. It is so unfair, what the Joad family goes through, and there is hardly reprieve from their labour or mishaps, even if iron-willed Ma tries her best to keep the family together and through tough times. The helplessness persists, leaving much to be pondered.

Overall, the book is a good primer to WikiLeaks and Assange. First, Leigh and Harding explain the three leaks in 2010 – the Afghan War Diary, the Iraq War Logs, and the United States diplomatic cables leak – and both the findings and their implications. Second, in likewise chronological fashion, they provide succinct but useful biographies of Assange and Chelsea Manning (born Bradley Manning), set in the context of these three leaks. They go into some detail about the rape accusations which Assange is facing, yet the narrative of Manning and her disclosure of the military and diplomatic documents when she was working in Iraq as an intelligence analyst, framed through her correspondence with online acquaintance Adrian Lamo, was most compelling. 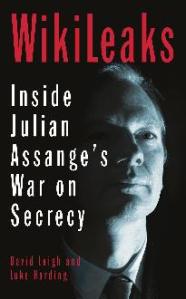 Ron Haskins and Greg Margolis’s “Show Me The Evidence: Obama’s Fight for Rigour and Results in Social Policy”

The book is a dense read. A substantial portion is dedicated to legislative difficulties in the United States, which are not necessarily applicable to the Singapore context. But the techniques used – such as tiered competitive grants (giving higher amounts of grants to NPOs which provide more evidence of their programmes), specifying that a percentage of disbursed funds must be used for research, evaluation, and capacity building, and the transparent use of review panels in the selection process – can be considered in our public policy sphere.

Anand Gopal’s “No Good Men Among the Living: America, the Taliban, and the War through Afghan Eyes”

The accounts are largely chronological, though as far as possible meaningful connections were drawn between the three individuals. In particular the remarkable story of Heela Achakzai, who was caught in-between the strongmen and the Taliban – going through disruption in Kabul, overcoming tragedy and her own insecurities, and ultimately making it on her own terms – is testament to her resilience, and the resilience of many other Afghans caught in the crossfire. Tracing her narrative one develops a better understanding of what civilians go through, what women go through. That is, a more human side to the war.

Siddhartha Mukherjee’s “The Emperor of all Maladies: A Biography of Cancer”

What I also enjoyed was Mukherjee’s clever use of quotes at the beginning of each chapter and section, how the chapters and sections – while in general, chronological fashion – were coherently stitched together, and appropriately-placed summaries of the more complex or lengthy scientific explanations. For instance, having explained the genesis of the diseases and how it developed in one’s body, he wrote: “This story of one cancer’s genesis – of carcinogens causing mutations in internal genes, unleashing cascading pathways in cells that then cycle through mutation, selection, and survival – represents the most cogent outline we have of cancer’s birth”. 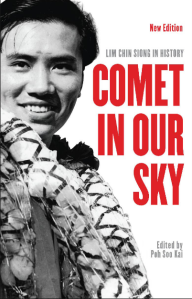 Eli Pariser’s “The Filter Bubble: What the Internet is Hiding from You”

Published five years ago, it seems Eli Pariser’s “The Filter Bubble: What the Internet is Hiding from You” has never been more relevant. Within the filter bubble – in which algorithms generate personalised search returns or content on online platforms, based on collected details about a user – because Internet users consume information consistent with their own beliefs or ideologies, they are isolated from alternative perspectives and news. In other words, “The new generation of Internet filters looks at the things you seem to like – the actual things you’ve done, or the things people like you like – and tries to extrapolate”.

Åsne Seierstad’s “One of Us: The Story of Anders Breivik and the Massacre in Norway”

“One of Us”, Seierstad wrote at the end, because it is “a book about belonging, a book about community”, and she went on to acknowledge the lives of the young individuals who were murdered, and their families who shared the stories. So not necessarily the interpretation that the Norwegian society – as I thought from the get-go – was somehow responsible for Breivik, the way he turned out, and his heinous crimes. Seierstad however did add that the book is also “about looking for a way to belong and not finding it”, for “the perpetrator ultimately decided to opt out of the community and strike at it in the most brutal of ways”. In this vein “One of Us”, even for non-Norwegians, should not only be sobering, but maybe a reminder to reflect and to act in our own societies.

Amidst the other collection of essays, poems, speeches, and interviews about Lim, the essay by close friend Tan Jing Quee stood out for its attention to biographic, chronological detail and its socio-political commentary. Tan was a former political detainee and a Barisan Sosialis candidate in the 1963 election, and after a second stint in detention in 1977 he contributed to and edited a number of texts about developments in Singapore in the 1950s and 1960s. 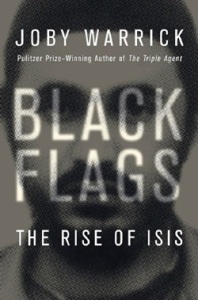 Across its three chronological parts, the book reads like an extended news report, complete with a kicker at the end referencing Royal Jordanian Air Force pilot Muath Al-Kasasbeh, who was captured and burned to death by ISIS. This gruesome murder, according to Warrick, not only invited condemnation throughout the Islamic world, but also “sparked a change among ordinary Arabs”. Through anecdotes like this, the role of Jordan was emphasised: the jailing of Zarqawi in 1992 (though the Jordanian was later made famous by the United States, when it was alleged that he was the link between Saddam Hussein and Osama bin Laden), the capability of the Jordanian Mukhabarat, one of the most professional intelligence agencies in the Arab world, as well as the political nous of King Abdullah II and the assistance rendered to the Americans.

“Prisoner of the State” ultimately provides a rare first-hand account of Chinese politics at the highest level, and even though the memoirs are an unfortunate conclusion to Zhao’s political career, the insights are fascinating. The descriptions confirmed perceptions that few dared to challenge Deng openly, and both Zhao and Hu Yaobang – General Secretary of the CPC from 1982 to 1987, who was forced to resign in 1987, and who died in 1989 – were lieutenants at the frontlines. Towards the end, Zhao identified and named the conservative faction in the CPC: Li Xiannian and Wang Zhen among party elders; and Hu Qiaomu and Deng Liqun in the ideological sphere. These were reminders that however well-intentioned Zhao was with his plans, getting around staunch political opposition was a tall order.

A man of knowledge lives by acting, not by thinking about acting. Carlos Castaneda.
View all posts by guanyinmiao »
« Five Resolutions For 2017
The Weekly Global Roundup: India In The Spotlight (January 2 to 7, 2017) »