“TRE had apologised yesterday for republishing an article claiming that Mr Heng’s medical bills will be shouldered by taxpayers, admitting that it had reproduced the piece “without checking the underlying facts”” (TRE Lambasted for “Hiding Behind Anonymity, Empty Statements”, TODAY Editorial). 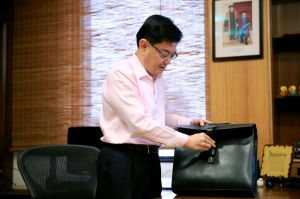 Never mind veracity. Social media algorithms encourage sites like TRE and TRS to churn out content speedily, and once a piece gains traction quantity then matters.

To combat disinformation – such as claims by TR Emeritus (TRE) that “Finance Minister Heng Swee Keat’s medical bills will be shouldered by taxpayers” (TODAY, Jun. 8) – the government, and perhaps even private organisations, should understand the financial incentives of these online news sites. Beyond the obvious need for greater media literacy across all news platforms, mainstream or otherwise, those at the receiving end of intentionally false or inaccurate information must know how to first engage, then disengage: to first issue a fact-based rebuttal, before allowing dissemination of the disinformation to slow down.

It may be tempting to continue the skirmishes – to address further falsehoods or to have the last world – but because online news sites like TRE benefit from more eyeballs and the corresponding advertisement impressions, their administrators have financial incentives to persist with controversies even when they have been called out. It is a simple model premised upon speed and sensationalism, a model which was also used by the now-defunct The Real Singapore website to rake in almost half a million dollars in advertising revenue from more than 134 million page views between May 2014 and March 2015.

Never mind veracity. Social media algorithms encourage sites like TRE and TRS to churn out content speedily, and once a piece gains traction quantity then matters. Incorrect information? Just make edits and hope no one notices, or publish a correction. A response to misinformation or disinformation on its part? Just re-publish those responses in their entirety in another article, and issue short counter-responses. And when the criticisms eventually accumulate? Just apologise – in a new piece, of course – and hope it boils over.

They also gain when the mainstream media covers the back-and-forth between the sites and the government or private organisations, grabbing more eyeballs of curious Singaporeans who may not have heard of the site before.

Expectations for online news sites to adhere to basic journalistic principles – such as ascertaining facts or the accuracy of information, and that articles have bylines or that editors and writers are identified – are not likely to materialise. “Without these basic first steps”, Minister of State (Communications and Information and Health) Chee Hong Tat said, “any statements by TRE will continue to ring hollow”. Be that as it may, the nature of these platforms as echo chambers, wherein confirmation biases are ubiquitous and any attempts at clarification will yield nothing constructive, means that disengagement should be contemplated.

In the long run, nevertheless, the government should have faith that discerning Singaporeans will shun these sites. It may be tempting to shut them down, yet splinters are likely to emerge and the cycle of misinformation and disinformation will only continue. People should be trusted, over how they consume information.

A man of knowledge lives by acting, not by thinking about acting. Carlos Castaneda.
View all posts by guanyinmiao »
« Throwback: Two Weeks In Germany, Switzerland, and Italy
Adair Turner’s “Between Debt And The Devil: Money, Credit, And Fixing Global Finance” »