Posted by guanyinmiao ⋅ May 11, 2015 ⋅ Leave a comment
Filed Under  Education, MOE, School, Singapore

“Instead, intelligent people are more likely to get a degree, and employers want to hire intelligent people, among other things, which is why more graduates get higher salaries” (Intelligent Employees, Not Degree Holders, Secure Higher Salaries, Sum Siew Kee).

In the anxiety to draw a spurious connection between intelligence and higher salaries (TODAY, May 9) the letter writer ignores other realities: that “intelligence” is not necessarily a singular, generalised concept; that intelligence, especially within the education system, has been defined too narrowly in Singapore; and that more importantly higher salaries – or rather, career success in industries – are not determined by intelligence or degrees per se. 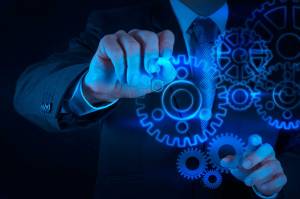 In this vein the conundrum individuals face is the disconnect between what the MOE attempts to foster and the demands of many employers for degrees as a signalling mechanism.

Throughout the letter even though there are multiple references to “intelligence” – that for instance employers would “want to hire from the most intelligent 10 per cent of the cohort” – there was no attempt to actually make sense of it. What does it mean to be intelligent, in other words? Understood as the ability to acquire and apply knowledge and skills, intelligence in Singapore is oftentimes equated with good performance in schools, in environments where academic abilities are prized. At the present moment the observation is that students flourish in different domains, and should take advantage of opportunities to develop multiple intelligences. It should therefore come as no surprise that in recent years the Ministry of Education (MOE) has sought to diversify learning pathways in differentiated institutions, wherein intelligence is measured across more diverse dimensions.

In this vein the conundrum individuals face is the disconnect between what the MOE attempts to foster and the demands of many employers for degrees as a signalling mechanism. Even if someone is confident with the responsibilities of a given position getting a degree seems imperative nonetheless.

Because beyond that knock on the door what matters most is not merely intelligence or degrees, but how hard one is willing to commit to hard graft and to improving oneself. The notion of a craftsman-like approach has also become more ubiquitous. “Life is a bell curve” may not have been the most elegant expression, yet it is perhaps the one perspective most would concur with the writer: that in a competitive landscape in the country and around the world Singaporeans have to better themselves in their respective fields of expertise, though ultimately not judged against a single, vague yardstick of “intelligence”.

A version of this article was published in TODAY.

A man of knowledge lives by acting, not by thinking about acting. Carlos Castaneda.
View all posts by guanyinmiao »
« Five Strategies From Five Years Of Facilitation
Goodness Gracious, Singapore »