This was how Robert Krznaric, President and CEO of YOLO Medical, Inc., started his presentation on “The Power of Outrospection”. A friend had pointed me to the fascinating RSA video (above), as Mr. Krznaric explores the power of empathy in generating social change (or a “revolution”, as he proclaims). 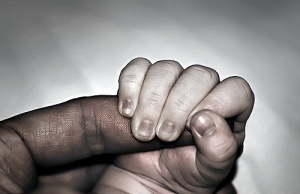 One could argue that our education system is not oblivious to the importance of developing empathy from a young age.

In the video, he discusses the definitions of empathy, the positive characteristics of empathic individuals (to communicate effectively, to accept differences, to develop a certain curiosity), and also throws up activities that could foster greater empathy within and between communities.

And one could argue that our education system is not oblivious to the importance of developing empathy from a young age. The Community Involvement Programme (CIP) and Service Learning (SL) projects were meant to achieve the same objectives as George Orwell’s adventures, as he was “tramping on the streets of East London” (detailed in “Down and Out in Paris and London”), to experience what it was like to live on the edge of socio-economic margins. While not on the same scale (here), it was hoped that the volunteer stints would allow the young participants to be more compassionate, and more aware of the struggles of the less-privileged (beyond their little sanctuaries). After all, these first-hand experiences can never be replaced by the mere reading of texts.

While CIP and SL has compelled schoolchildren to at least do something, there is often reluctance and lethargy. Most – pragmatically – do not see the need to leave their comfort zones. This same pragmatism also inspires many to perceive community service as but another line on their glittering résumés. Oh and overseas engagements (and photographs) are bonuses (here and here).

And so the first thing would be to improve the way students serve in Singapore, or to be proactively involved in activism. But Mr. Krznaric offers more suggestions that could be applicable here.

When he speaks of “The Parents Circle” (which brings together “Palestinian and Israeli families who … have all lost members of their own families in the conflict) and the human rights movement against slavery, one could almost imagine the different Singaporean online communities coming together face-to-face for a proper conversation. More often that not, cyber-skirmishes end in the trading of barbs, vitriolic name-calling, and the customary blocking or banning of users (in other words, “moderation” which forecloses further opportunities for interactions).

Empathy can be built if we are willing to complement our keyboard exercises with a willingness to engage too.

Second, we could adopt the interesting concept of a “empathy museum”. Mr. Krznaric speaks of a global experience, for visitors to get a sense of what goes on in the various countries or impoverished regions. And while we could certainly do the same in Singapore (many of us do lack an awareness of the conditions abroad, such as the ramifications of a natural disaster or the wretched sweat-shops), we could even use the “empathy museum” to highlight the struggles that may be faced by on-the-ground citizens. The arduous construction site or tedious job of sweeping and clearing a neighbourhood; the unsightly and unhygienic dormitories of the foreign workers; as well as the experiences and inconveniences of living with disabilities or disadvantages. All these “to create the revolution of human relationships that … we so desperately need”.

Truly empathic communities in Singapore are still a long way away, but we had better get going.

A man of knowledge lives by acting, not by thinking about acting. Carlos Castaneda.
View all posts by guanyinmiao »
« Stop Posting Pictures Of You And Kids You’ve “Helped” On Your Trips
A Cyberspace Of Veracity In Singapore »

5 thoughts on “Building Empathy In Singapore”