This post is part of my National Service Survey series, titled “The Full-Time National Serviceman: Concerns, Challenges And The Way Forward“. The study was also premised upon three key principles: first, to involve NSFs in the entire feedback process; second, to inform the SAF and MINDEF about these concerns; third, besides the implementation of workable recommendations, this ad-hoc survey can function as a humble starting point for future exercises or studies to evolve from.

Read more about my first attempt at an online survey (here), and feel free to let me know what you think about the discourse.

There were calls to look at the current allowance structure, unhappiness over food and meals catered, as well as a proposal for transport concessions.

There were calls to look at the current allowance structure, unhappiness over food and meals catered, as well as a proposal for transport concessions.

The primary grievance against the current allowance structure was that it is not sufficient for the day-to-day expenses of the NSF, and that the amounts do not justify the overall amount of time and effort expended during the execution of duties or work. This is especially true if the NSFs at-hand “are carrying out tasks done by regulars … [and] at times [even though] the NSF [appointment-holder] outperforms their regular counterparts … they receive a lower financial payment” [A3]. A NSF explained that although “[the] allowance … is meant to make us independent … food per month is enough to take up nearly the whole pay” [A8].

There were calls for “servicemen allowance [to] be pegged to private sector pay according to their current qualifications” [B6], and that the monetary value of this salary (instead of an allowance) [A3] could be “at least one thousand to one thousand eight hundred dollars … something that [is] competitive” [A10].

Using the rank structure to determine the level of allowance may not be appropriate, given that there are servicemen with eight-to-five stay-out jobs “[who] enjoy higher pay [despite having] (arguably) more relaxed jobs compared to [those] who … need to put camou [1] on their faces [day in day out]” [B5]. The overall implication was that the allowance structure should take into account the job-scopes and work of the NSF, rather than replying upon the rank graduation system.

This reliance renders the payment system unfair for those with more than one vocation, or those who hold multiple appointments. “Dual vocationalists should be [paid] higher [allowances]” [B8]; for instance, a NSF who has to double-up as a signaller and driver should be paid a higher sum of allowance, “as [he] has more responsibilities” [B10].

In terms of other allowance disparities, it was contended that while “combat and service personnel work in the same field but service personnel get less pay” [B1]. Along the same tangent, “non-combatants residing in combat unit[s] … should be given combat allowances too” [B9]. A company quartermaster lamented that “the lack of combat pay is also a huge problem. [Despite the fact that they] do not have to chiong sua [2] … many do not see the huge amount of work … put in … to make exercises and operations work” [B2].

Those NSFs who are medically unfit for combat receive “significantly less allowance than a specialist in combat vocations … this can clearly be counted as discriminatory against medically[-]unfit personnel [A11]. 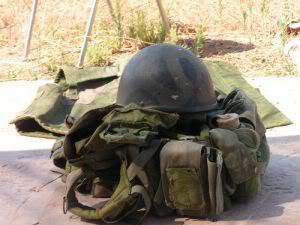 Present-day servicemen acknowledged the fact that food is comparatively better, but are concerned over the lack of sufficient nutrition, meagre quantity of dishes served, and the poor quality and variety provided.

Unhappiness Over Food And Meals

Present-day servicemen acknowledged the fact that food is comparatively better (when they hear about meals in the past), but are concerned over the lack of sufficient nutrition, meagre quantity of dishes served, and the poor quality and variety provided.

On the poor quantity and quality of meals provided, “sometimes[,] the breakfast can be just one sausage and one hard-boiled egg” [A10]. The NSF went on to explain that such a combination did not justify the five-dollar cost (respondents reflected that they were told each breakfast prepared cost this amount), and was barely able to “fill one’s stomach” [A10].

Another comment made an observation on the possible, unhealthy disparity between the reported costs that goes into the preparation of the dishes, and the actual food that is served by the cookhouses. He suggests the introduction of a “food court or canteen operator … [that would] be subjected to market forces … so the quality of food can be placed under pressure to be of a certain standard” [B4]. On the subject of a well-balanced diet and the nutritional breakdown of meals, there should be “greater emphasis on nutritional values besides the [calculation of] calories … and the removal of fried and processed food would boost the [soldier’s] health and performance levels” [A3].

Feedback was given on the point that “more concession [should be] given to NSFs as transport expenditure takes up a large portion of [their allowance]” [B3].

1. Reviewing the allowance structure and level. It is difficult to strike a balance and to find a suitable scale for the allowance structure, but it is generally accepted that the current structure – based on rank, vocation and combat status – is quite sound. The perspectives of dual vocationalists and non-combat-fit personnel could be looked into, but it would be challenging to strike equilibrium between the trade-offs involved.

However, in a more general sense, increases to the NSF allowance should be seriously contemplated, because it is – fundamentally – a form of recognition to the sacrifices made by the serviceman. Having a substantial amount of savings during and after National Service is important: it allows the soldier to build up crucial financial independence (and to rely less on his family and parents); to save up for further studies in colleges or universities; and to provide necessary buffer, either for emergencies, or for basic expenditure in-between employment attachments.

Large increases – to the extent that allowances approximate too closely to that of the regular soldiers, as proposed by Presidential candidate Tan Kin Lian last year – might not be immediately realistic, but raising allowance levels is certainly possible.

Therefore, to value-add the status quo, it might be constructive for individual “cookhouse” committees to be established in respective complexes.

2. Transport concessions. Along with valid proposals for public transportation concessions to be extended to Singaporeans with disabilities (here), as well as students from polytechnics (here), this form of assistance can be – and should be, in my opinion – extended to NSFs. Although it might appear insignificant in the grand scheme of things, transport expenditure does take up a substantial percentage of the allowance given each month.

3. Food standards, and raising involvement. Food standards vary from camp to camp, but it would be fair to assert that standards these days are certainly much better than it used to be. There may be individual instances of incompetence or oversights, but the general quality is definitely respectable.

Therefore, to value-add the status quo, it might be constructive for individual “cookhouse” committees – with a proportionate representation by the corresponding NSFs – to be established in respective complexes. This serves two purposes: first, it would allow members to better comprehend the processes involved in the preparation of the meals (and also excite and engage food or culinary enthusiasts, students); second, the committees can productively communicate feedback – positive and negative – about the food. Either way, it would heighten levels of appreciation, and give stakeholders a good sense of ownership.

[2] A dialect expression; when literally translated, means “rush up and down a hill or mountain”. It is commonly used to describe military drills that are extremely taxing and tiring physically.

A man of knowledge lives by acting, not by thinking about acting. Carlos Castaneda.
View all posts by guanyinmiao »
« The Biggest Problem That Frustrates Singapore’s NSFs
Baey Yam Keng, Sun Xu And The Issue Of Foreign Students With Local Scholarships »