What Is Wrong With Chinese Language Education In Singapore? 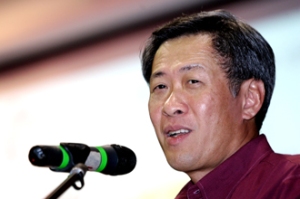 The importance of the mother tongue – especially the Chinese language – can hardly be disputed.

Who can forget the furore that erupted – on newspapers and in cyberspace – when the then Education Minister suggested the possibility of reducing the weighting given to mother tongue languages in the Primary School Leaving Examination (PSLE)? Stakeholders from the opposing camps were passionate in their expression of perspectives for and against the potential changes, and were eager to have their voices heard by the Ministry of Education (MOE).

However, amidst the numerous debates, discussions and varying views, an observation was highlighted; that the importance of the mother tongue – especially the Chinese language – can hardly be disputed.

Unfortunately, the MOE’s bilingualism policy is excellent in principle but wholly poor in practice; and the inherent difficulties of the Chinese language compounds teaching-learning difficulties. Therefore, if the road to ‘Chinese language’-hell is paved with good intentions, what is wrong with its education – in terms of methodologies, approaches and syllabus – in Singapore? How is it possible for a student – who has studied the language for ten years in primary and secondary school – to lack the ability to comfortably order food in Mandarin, or strike up a conversation with a random passer-by?

Chinese: The Toughest Language In The World?

The growing prominence and economic prosperity of China have sparked off enormous interest and enthusiasm around the world towards the learning of the Chinese language; yet, its tremendous difficulty is an inconvenient truth. What makes Chinese such a tough language to master? There are a plethora of reasons. 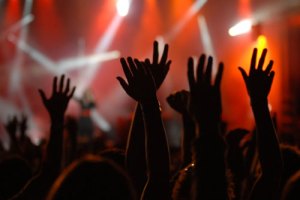 Despite the enormous interest and enthusiasm surrounding it, the Chinese language’s tremendous difficulty is an inconvenient truth.

First, reading and understanding is challenging because of the complex writing system; a system, based on thousands of unique characters, that is far removed from alphabets. Beyond the learning of the individual components and their corresponding combinations, David Moser (“Why Chinese Is So Damn Hard”) explains that “[for] reading comprehension … one has to get a feeling for how those words combine with other words in a multitude of different contexts”. Significantly, it takes time before one can decipher the relationship between parts of characters and their meanings or associations.

Second, even though the Chinese language – grammatically and vocabulary-wise – is more straightforward, the pronunciation of particular words differs phonetically in changing situations. The fact that there is minimal correspondence between how a word is written and how it is expressed phonetically adds to the problems with the language’s listening and writing aspects. Third, one has to be sufficiently adept with the character-stroke and “han-yu-pin-yin” (pronunciation) systems before usage of the intricate Chinese dictionary can be employed proficiently.

Taking the aforementioned into consideration, it comes as a little surprise that it has been extremely difficult for native English speakers, or students from English-speaking families (or children raised in non-bilingual environments), to become entirely functional and fluent in the Chinese language. With the growth of English-speaking households in Singapore, struggles with the Chinese language are becoming more commonplace; the hostile and defeatist attitudes adopted increasingly makes its learning seem like a chore.

If it is difficult to learn Chinese, it is definitely proportionately harder to teach it; at the same time, from a pragmatic-linguistic viewpoint, mastering the English and Chinese languages will open the doors to the West and the East respectively. Very few students can achieve complete mastery, but it is certainly not too demanding to expect most students to maintain a fundamental level of command for both languages.

Students who have not been properly exposed to the Chinese language in the pre-school context would naturally be at a severe disadvantage.

A lot of the current strategies that have been implemented would only be experienced by students after they have entered school; more often than not, unfamiliarity would breed contempt for the innately-demanding language, and disillusionment would soon set in. That is to say, students who have not been properly exposed to the Chinese language in the pre-school context (especially within the family) would therefore be at a severe disadvantage. Unless greater focus is zoomed upon honing linguistic capabilities at this level, promotional campaigns or pedagogical shifts implemented thereafter could potentially be too little, too late.

The Recommendations: Realising The Language’s Applicability

More effort from the MOE should be dedicated to: first, reviewing the strengthening Chinese language education at nurseries and kindergartens; second, empowering parents with the resources to actively engage their adolescents in Chinese language-based learning. These proposals can range from simple, regular reading trips to the public libraries or the more complex recommendations (creation of a web-portal with free teaching-learning materials, development of interactive worksheets et cetera). To aid English-speaking parents who have felt perennially handicapped, schools, community centres or organisations can arrange sessions to facilitate these processes.

Be that as it may, too much emphasis is placed upon writing capabilities per se; thereby neglecting the reading, listening and speaking aspects that are crucial for one’s comprehension and development of interest towards a language. Even when it comes to reading, I remember pouring laboriously through monotonous reading materials, standardised handouts and boring, lengthy classical literature pieces. New syllabuses making use of information communications technologies are movements in the right direction, but educators must realise that teaching methods cannot be a one-size-fits-all. The teaching of a language cannot be solely dependent upon dictation or the pedantic memorisation of vocabulary; it has to involve the application of skills to render the learning journey more holistic, creative and productive.

It is about getting the language foundations right from a young age.

Ultimately, it is about getting the foundations right; starting with pre-school education (most linguists, in an assortment of reports, do assert that a child’s formative period before he enters school is the best time for the learning of a language). Progressively, children must be given ample opportunities to communicate in the English and Chinese languages, as he is simultaneously exposed to everything and anything: from listening to music and news reports on the radio to watching drama serials on television. By creating an initial environment that is conducive and intriguing for language education, and empowering him with the necessary skills – such as speedily using the dictionary – the fear and trepidation experienced can then be dramatically reduced.

A man of knowledge lives by acting, not by thinking about acting. Carlos Castaneda.
View all posts by guanyinmiao »
« Can Singapore Learn Anything From Finland’s Education Mechanisms?
Language Education In Singapore: Beyond The Writing »

6 thoughts on “What Is Wrong With Chinese Language Education In Singapore?”