//
you're reading...
Musings, The Straits Times 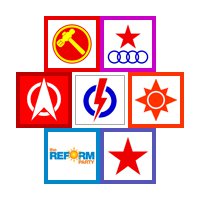 The Opposition’s performance – in terms of the number of seats gained and the overall mandate – would prove to be an important linchpin for the upcoming General Elections. Even with the accusations of subtle gerrymandering and the traditional reliance on carrot-and-stick strategies, the assortment of displeasures and unhappiness – further proliferated with the advent of the Internet and the rise of socio-political websites and weblogs – has contributed to an atmosphere of suspicion, and strengthened the desire for change. The increased accessibility has galvanised individuals and groups into action, and crucially provided the impetus for the Opposition parties to capitalise on such sentiments in the hope of yielding greater political power.

Perhaps the People’s Action Party’s (PAP) maxim of “change from within” no longer resonates as strongly with Singaporeans; with many believing that a credible Opposition in politics would provide much needed checks and balances for the administration. Even though it seems likely that the Opposition parties – taking advantage of on-the-ground sentiments – would better their 2006 performance, Singaporeans would be desirous of representatives with particular qualities and characteristics. Parties that have been constantly working the ground since the conclusion of the 2006 elections would definitely be in a prime position to field credible candidates.

Opposition candidates should be maintaining constant interaction with the ground; for it yields increased sensitivity and comprehension of the assortment of communal issues facing the constituency. Through the organisation of events and consistent communication with the residents even before the commencement of election preparations, they would have a better idea of the strengths and weaknesses of the platforms and channels available. An effective and efficient politician must be astute and selfless, relentlessly seeking to strike equilibrium between settling on-the-ground concerns and macro socio-economic aspirations and visions. Most certainly, such individuals should not blindly indulge in highfalutin or lofty statement-recommendations without addressing fundamental issues, such as families struggling with bread-and-butter issues, individuals trapped in an unemployment cycle, neighbourhood security et cetera.

In the long run, Opposition parties should seek to engage individuals committed to stick with politics for a relatively extended period; those who persevere and are patient enough to sow the seeds of change. Constituents and voters are often confused and unfamiliar whenever a new batch of candidates are introduced; so it would be a good idea to have members involved in grassroots activities and initiatives even before elections are imminent. They would be able to enjoy the aforementioned benefits, and subsequently develop significant bonds with volunteers and residents in time to come.

Ultimately, Opposition candidates should be judged by the same yardsticks and standards like any other PAP politician. Voters should be cognisant that while most are genuinely desirous of moving the country forward, their actions and deeds will speak for themselves. More importantly, what they present substantively – in terms of manifestoes and proposals – should be crucial guidelines to help one decide at the voting booth.

A version of this article was published in The Straits Times.

A man of knowledge lives by acting, not by thinking about acting. Carlos Castaneda.
View all posts by guanyinmiao »
« Scholarships And Students: Discipline Integral, But Give Second Chances
Empowering The National Family Council To Go Further »